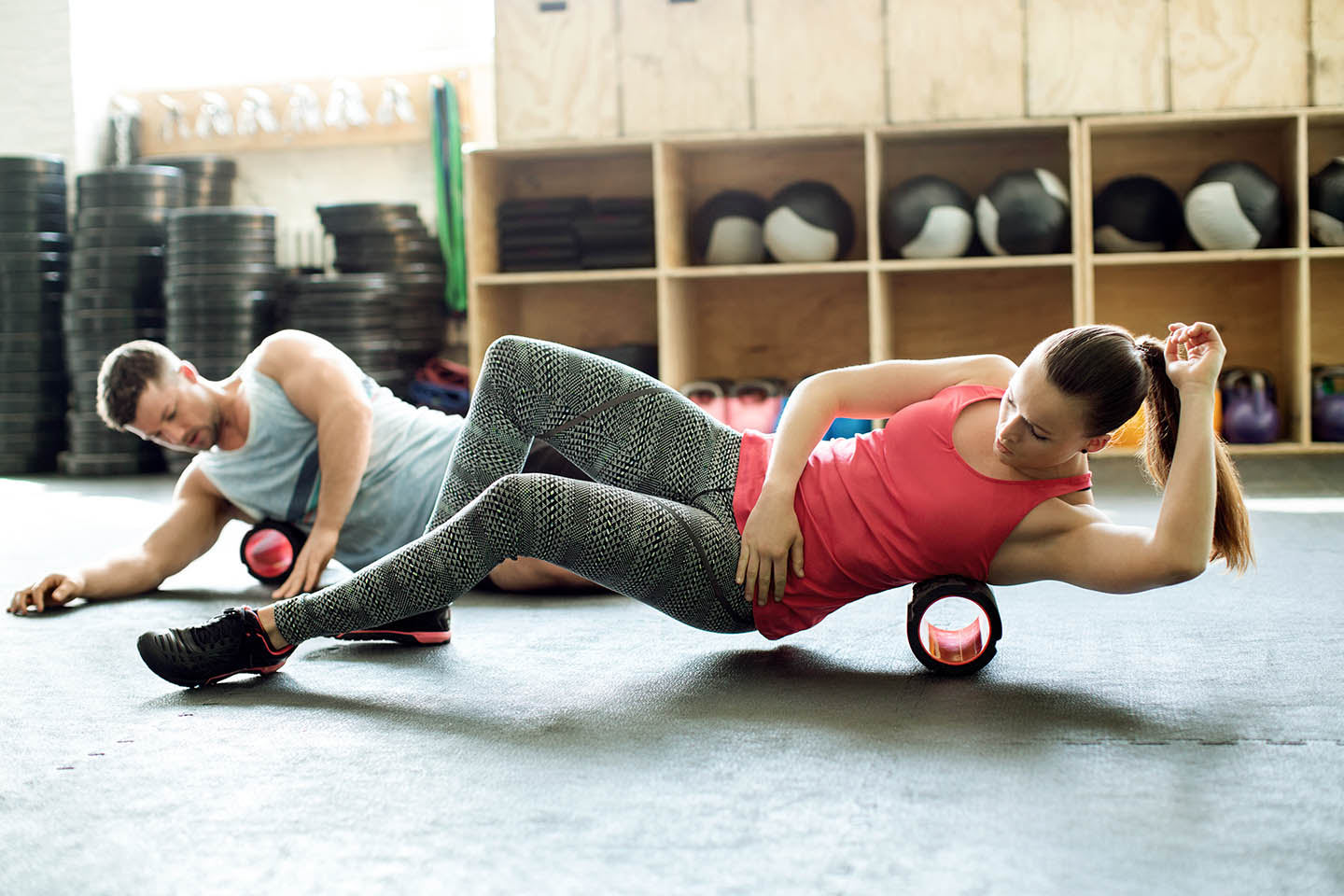 Want to know a dark not-so-secret? Tissue release, myofascial release, foam rolling…whatever you want to call it – can be incredibly uncomfortable. When a muscle is really knotted up and tight, the last thing you want to do is apply force to it and attempt to break up the tissue.

After all, you’ve been told for years that stretching is the swiss army knife when it comes to treating things that feel tight and uncomfortable. Well, bad news. That is wrong.

You absolutely need to be foam rolling or doing some kind of DIY tissue release. It’s non-negotiable. Here’s why.

When a muscle is tight, it means that it is shortened. But when you constantly ask a muscle to perform a particular motion – or even keep it in a biomechanically awful position (ahem…sitting down) for extended periods of time, the muscle can develop knots. Like legitimate knots – the kind you find in your headphones when they get tangled up. These knots significantly hamper muscle performance and joint health.

And guess what? Stretching is not going to get those knots untangled. When you foam roll these knotted up areas, you are essentially breaking up the beginning of scar tissue – which you don’t want to have later down the line. That’s why foam rolling can be mighty painful; because you’re getting rid of these giant knots that have no business being in your muscle in the first place.

You can stretch all you want, but if you don’t address the knots, it’s kind of a lost cause. This leads us to our second point.

Getting Long and Strong

To truly treat chronic pain – and keep it at bay for the rest of your life, you need to utilize a three-pronged attack. Foam rolling is the first step in this battle plan. Strength coaches like to use the term “getting long and strong” – which essentially means that you elongate the muscle tissue, and then strengthen it in its new lengthened state. This ensures that the muscle is trained in its end range – creating maximum strength, stability, and pliability of the tissue.

Foam rolling, and tissue release in general, is absolutely required for this. As stated previously, stretching will not get the knots out of your muscles. If you stretch your muscles and then strengthen them while your tissue is still riddled with massive knots, you are signing up for a host of problems down the road. You will be reinforcing a faulty movement pattern.

You’ve cleared out the roadblocks and stretched the highway as far as it can go, and now you need to reinforce it. This can be accomplished using basic activation drills – you don’t have to hit the gym and start squatting 500 pounds. If you don’t strengthen your new tissue, you will be left with an unstable muscle – kind of like a limp noodle – that will be very injury prone.

When you release the tissue, stretch it, and then strengthen it, you are creating a biomechanically sound environment for the muscle to function – which translates to less pain, improved performance, and an overall better life.

So while foam rolling can literally be a pain in the butt, it’s nothing compared to the pain in the butt you’ll experience later in life if you decide that you’re not willing to endure a little bit of misery in the short term. So get out there and release those tissues.